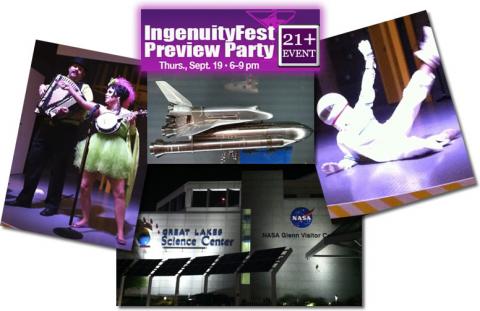 Anyone who knows me for any length of time knows that I enjoy going to technology and arts events. Ingenuity Cleveland's "IngenuityFest:Festival of Art & Technology" is my main event during the year! That is why I was excited when I learned that the three-day event now had a prequel - the IngenuityFest 2013 Preview Party!

Watch for my full blog post on Ingenuity Cleveland 2013 that I plan to publish next week -- come back soon!

The following are my photos, video, and tweets from the September 19, 2013, IngenuityFest Preview Party. 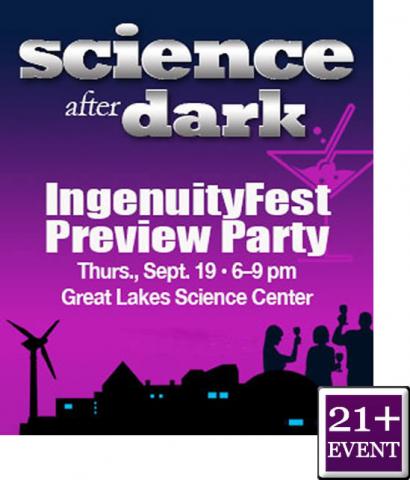 On Thursday, September 19, 2013, the Great Lakes Science Center (GreatScience.com - @GLScienceCtr) had a great new pre-event, the IngenuityFest 2013 Preview Party! Here is the description from the Science Center's website:

We’re kicking off Cleveland’s famous IngenuityFest with our own brand new event! Science After Dark is a fun and interactive adults-only evening where you can join scientists, artists, musicians and other adults in having fun and learning about a science topic in a kid-free setting!

In addition to the science exhibits, I enjoyed:

If your device does not support Flickr.com photos,
please view them here

My September 19, 2013, IngenuityFest tweets and re-tweets:

Who's going to @IngenuityFest this weekend? Stop by and visit us! http://t.co/5HYGotqkhy

If you are interested in events like this, I suggest you save the date for these upcoming Science After Dark events, and visit GreatScience.com for details on these and other programs: